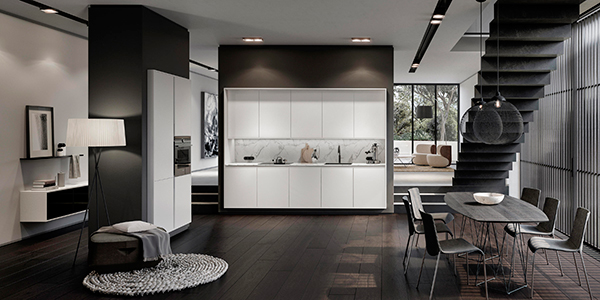 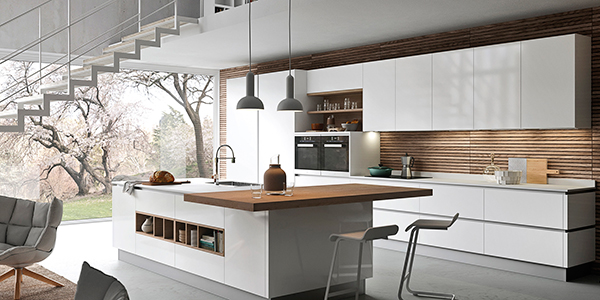 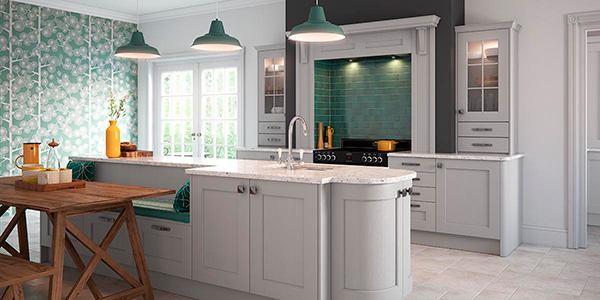 Classic
To love the classics, you do not have to be a traditionalist. Whether it's clothes, cars, music or furniture, what connects "classic" lovers around the world is enthusiasm for craftsmanship and authenticity.
Category: Kitchen Renovation Guide Created: Sunday, 12 July 2020 18:44

While a shower curtain can be elegant and refined, many homebuyers prefer shower doors for their high-end appeal. Judging on aesthetics, ease of use, cost, and home value, we look at the differences between the two.


While a shower curtain can be elegant and refined, many homebuyers prefer shower doors for their high-end appeal. Judging on aesthetics, ease of use, cost, and home value, we look at the differences between the two.

If you’re thinking about remodeling your bathroom, you’ve probably spent some time considering a shower curtain vs shower door. Both options get the job done, and both can look elegant at the same time. Choosing between the two isn’t so cut and dry. Today, we’ll take a look at the differences in aesthetics, ease of use, cost, and home value between shower curtains and shower doors. 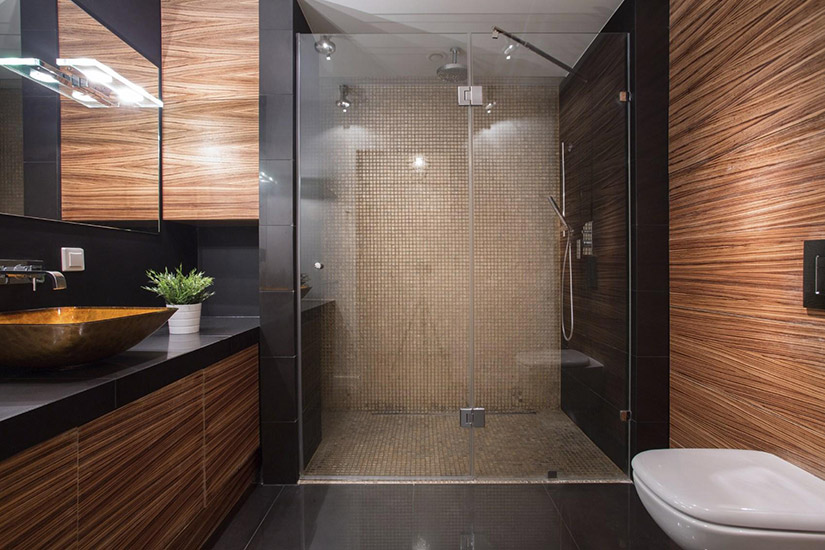 As far as appearances go, you have more options with shower doors. The minimalist choice is a frameless shower door, and it looks modern and clean. You can skip the door altogether and just use a frameless enclosure for a walk-in shower. When you add frames into the mix, you can choose between large sections of glass or a door that’s made from smaller panes.

You also have options when it comes to the glass: you could use frosted or obscured glass. When glass shower doors are done right, they do have a higher-end look to them. However, that doesn’t mean that shower curtains don’t have anything to offer in terms of design. A cream or white linen shower curtain can look refined and luxurious. Plus, you can change your shower curtain design on a whim. That’s not so easy to do with a glass door.

On the other hand, a glass shower door will let the tilework of your shower come through. If your shower has beautiful stone tiles, why not show that off? For this reason, a glass door is seen as a higher-end option compared to a shower curtain.

Shower Curtain vs Door: Ease of Use 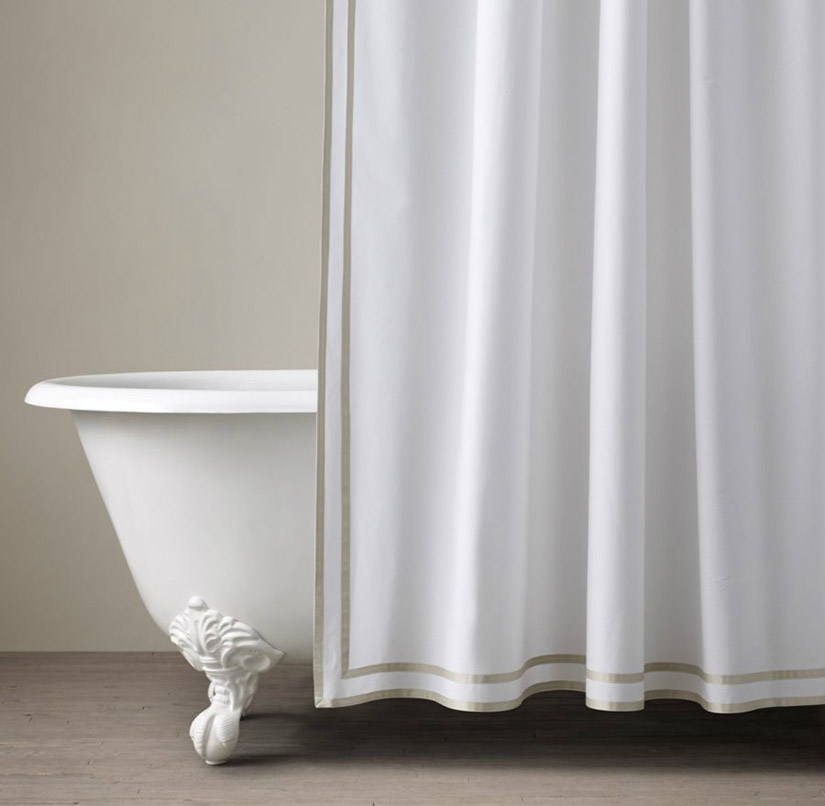 When thinking about ease of use, there isn’t a clear winner between a shower curtain vs shower door. Shower curtains are of course very easy to use. You can throw them in the wash to clean them clean replace the liner at any time. Shower curtains also stay out of the way and let you reach into the tub at bathtime with ease.

If you install shower doors along with a bathtub, bathtime for the baby might be a little trickier. However, you could use a glass door that folds outward and gets out of the way. Shower doors are typically very easy to clean as well, the main thing is to watch the corners and edges of the frame for buildup.

Glass is heavy, and it might not be the best choice for an accessible bathroom for aging family members. Folding shower doors can get stuck and might require a bit of elbow grease every now and then.

You also need to be aware of the distance between your vanity and the glass door during installation. You need to leave enough clearance so that you can clean in between the gap. Otherwise, moisture can attract mold if you aren’t able to reach in the small space.

Speaking of gaps, frameless shower doors can leave small gaps between the glass and parts of the shower or wall. It’s not uncommon for people to have problems with water seeping out of the shower. If you’re set on having frameless glass doors, custom doors will reduce the likelihood of this issue. 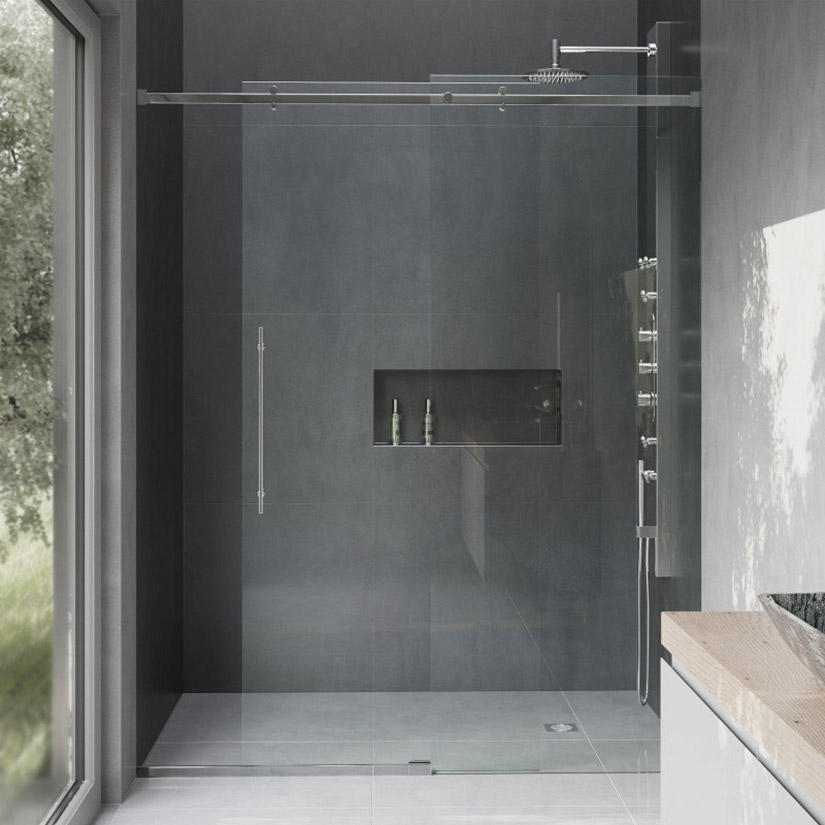 In this category, the clear there’s a clear winner. Today, you can get a new shower curtain for about the price of a movie ticket. Considering that regular cleaning can make one last about a year, that’s not too bad.

Now, the cost of a shower door is a different story. A standard framed glass door could cost anywhere from $200 to $500, depending on the materials. When you take the frame off, prices rise. A frameless shower door can cost $900 to $1300. A thicker glass of higher quality will cost more. 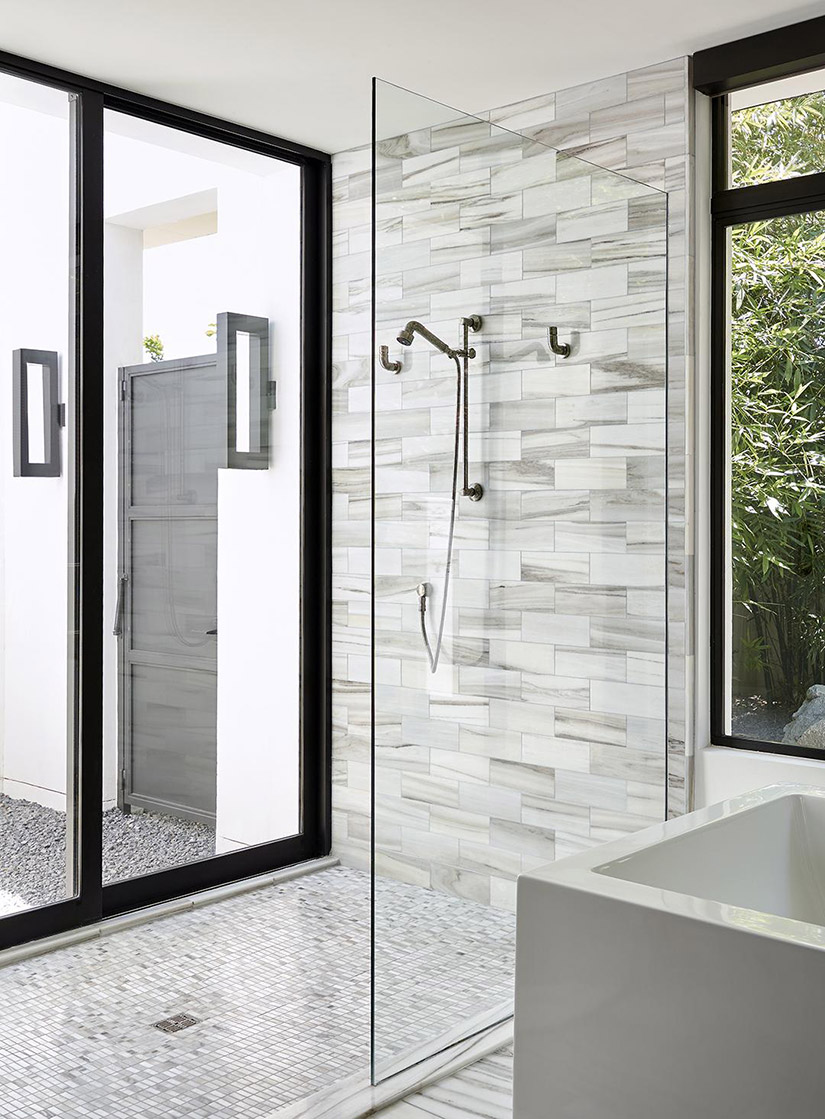 Between a shower curtain vs shower door, there’s also a clear winner for home value. A quality shower door elevates bathroom design and sparks interest from buyers. Many people wouldn’t want a master bathroom without a shower door. Now, whether you convert the rest of your home’s shower doors to glass is up to you, but it wouldn’t hurt.

So what should you do if you’re selling a home that has shower curtains? To start, make sure you install new curtains for showing your home. You don’t want a prospective buyer to see grimy shower curtains in your home. Also, try to go with a neutral texture and color that’s easy on the eyes.

While shower doors will make your home more desirable for buyers, well-designed curtains don’t have to be a turn-off, either. But if you have the budget, a frameless shower door can really enhance your bathroom.